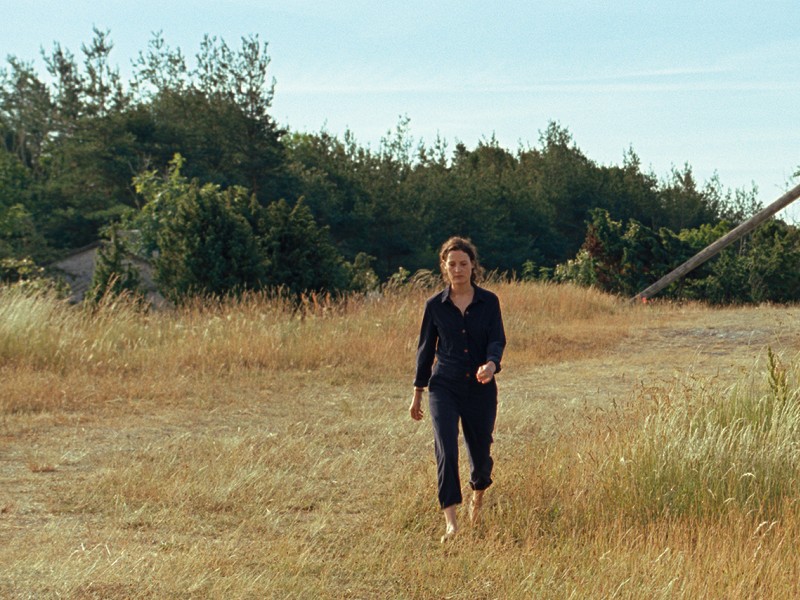 A dazzling and bittersweet romantic drama from acclaimed filmmaker Mia Hansen-Løve (Eden, Things to Come), BERGMAN ISLAND tells the story of two couples spending their summer on the breathtaking island of Fårö, where revered filmmaker Ingmar Bergman lived and worked for over forty years.

Chris (Vicky Krieps) and Tony (Tim Roth) are both filmmakers, hoping to find inspiration for their next films as they retreat to the island to work on their screenplays. Meanwhile Amy (Mia Wasikowska) and Joseph (Anders Danielsen Lie), who were once lovers, are staying on Fårö to celebrate the wedding of their friend. As the summer passes by, the lines between reality and fiction become increasingly blurred as reminders of Bergman’s legacy playfully influence both stories.

Set against the stunning landscape of the Swedish island, Hansen-Løve’s latest feature is laced with characteristically semi-autobiographical elements, and is both a mischievous and elegant contemplation of love, memory and the journey of the creative process.

The following performances are captioned for the deaf and Hard Of Hearing: June 27 at 2.30pm and June 29 at 7.30pm.