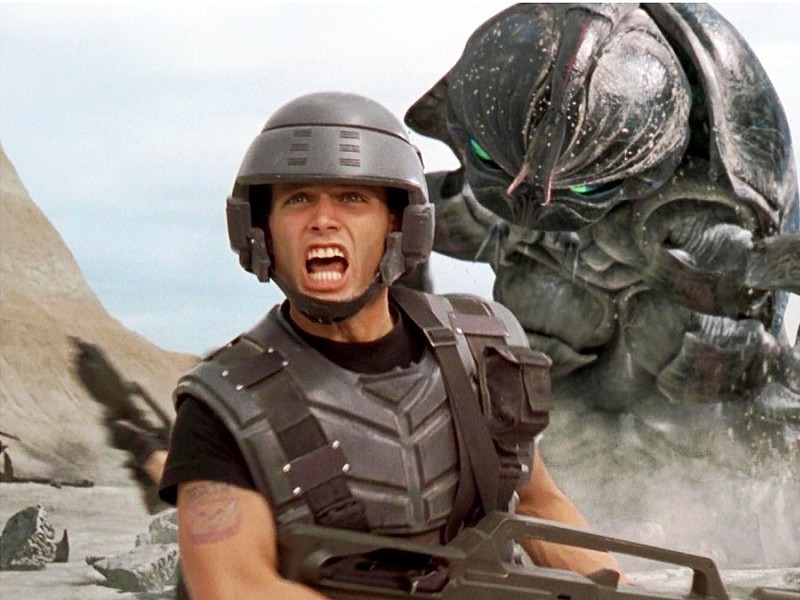 Based on the novel by Robert Heinlein. In the distant future, the Earth is at war with a race of giant alien insects. Little is known about the Bugs except that they are intent on the eradication of all human life. But there was a time before the war... A Mobile Infantry travels to distant alien planets to take the war to the Bugs. They are a ruthless enemy with only one mission: Survival of their species no matter what the cost... But which species are we talking about?

Verhoeven's ultimate comment on propaganda, fascism and colonialism, STARSHIP TROOPERS marked the Dutch director's penultimate film before retirement from American filmmaking, having amassed an intruiging body of work that offers an outsider's perspective on - and is an ironic product of - American excess and empire.