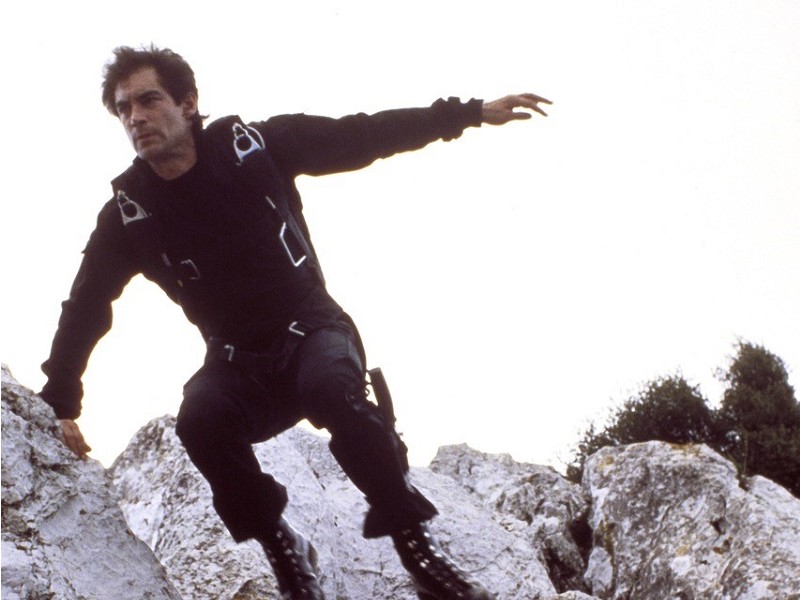 Timothy Dalton, originally desired by Albert R. Broccoli to take on the role after Sean Connery retired, made a mark of serious authority in 1987s The Living Daylights, his first of two outings as the super spy.