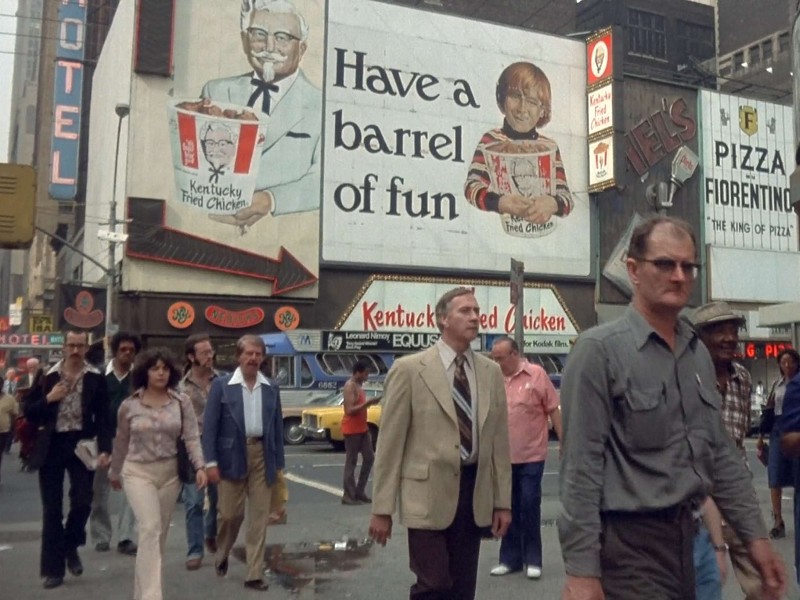 We began our 1982 season with a future noir (BLADE RUNNER), depicting a city overrun with "progress", so we felt it fitting to end the season with a documentary about the slow crawl of technology into urban life - and our dependence on it.

ko yaa nis qatsi (from the Hopi language) n., 1. crazy life 2. life in turmoil; 3. life out of balance; 4. life disintegrating; 5. a state of life that calls for another way of living.

Told without dialogue, narration, cast or characters, KOYAANISQATSI is a dizzying, hypnotic example of cinema set to an extraordinary score by Philip Glass. It contrasts natural beauty with a population ever more dependent on modern technology.

Shot on a low budget in New York City and the American South West, the film found support from Francis Ford Coppola where it found a larger audience and has gone on to become a cult classic.