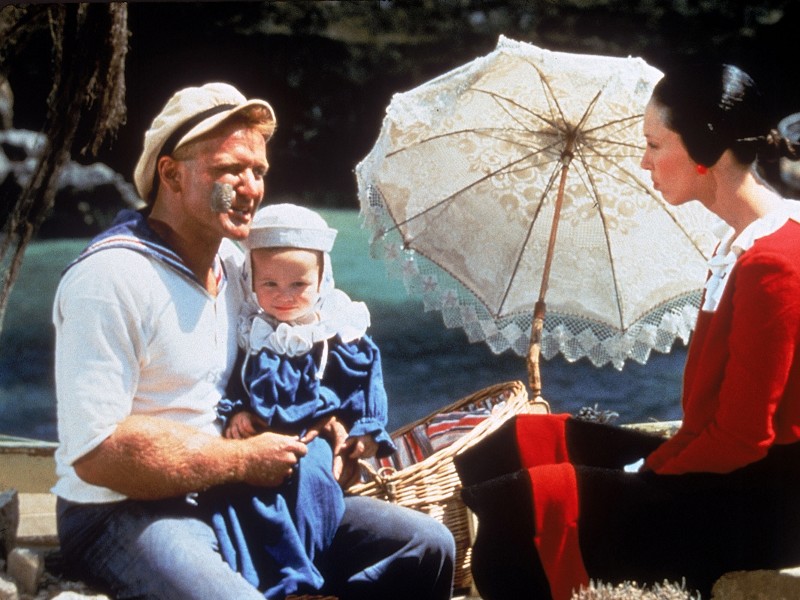 Looking for the father (Ray Walston) who deserted him as a baby, a sailor named Popeye journeys to the port town of Sweethaven. Popeye befriends an assortment of eccentrics and falls in love with Olive Oyl (Shelley Duvall), who already has a suitor, the bully Bluto (Paul L. Smith). Popeye also discovers an abandoned baby, Swee’Pea, whom he raises as his own. But when the spurned Bluto kidnaps Olive and the child, Popeye takes action, with the help of his magic spinach.